Hello! Welcome. I’d like to do a panel here sometime to tell you who I am and what I do in brief, caption-less and ironic sketches in the style of some of our best and legendary syndicated cartoonists. But that will have to wait.

Meanwhile, I’ll make do with words. I’m an artist who has been drawing and illustrating for as long as I can remember. I’ve been thrilled by superhero comics growing up; I’m a reader of graphic novels and newspaper comic strips, manga and classic comic books, alternative comics and sci-fi. From Batman to Watchmen, Neil Gaiman to Hayao Miyazaki, I read widely and I draw just as widely.

Some people ask me a strange question:

“I’m an artist who has been drawing and illustrating for as long as I can remember.”

The truth is, our work barely manages to pay our bills. As is the case with most comic book authors and artists who are not among the top few hundred in highest-selling comic lists.

That’s why I have a day job. But even on dog-tired days when no dog would stir from its place, I come back home after work and slave away at my panels.

I’m a slave to the appeal of comic art. You can call it a love affair that I don’t want to give up; even when it is clearly going to take up a lot of my time and resources, and give me nothing but pleasure in return. And pleasure never paid bills.

Well actually, it’s not all that bad. Especially, not with what the self-publishing industry has become these days. There are a lot more avenues for you to explore, 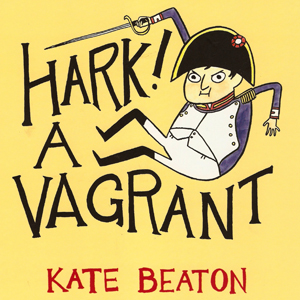 “Hark, a Vagrant by Kate Beaton.”

I think things are changing for comic artists. The change is slow, but it’s coming. There are artists like the brilliantly funny Kate Beaton (who created Hark, a Vagrant), who have become so successful on the Internet they actually manage to get their online stuff on print. Someone else who has done the same is Dash Shaw, the creator of the weird and wonderful Bottomless Belly Button.

I’m a self-published comic artist too. I know what it’s like to have your work returned over and over again by publishers who either don’t want unknown authors or don’t publish your genre.

The last thing I’d want to do is to get demoralized by rejection. That’s why I have this blog. To help others face the issues that I’ve faced with information and resources. And to offer my support to writers who need someone to visualize their story and turn it into fluid panels that tell a vivid, engaging and exciting story. Of course, all of this is double speak for hire me. I’ll help you create on paper the world you’ve been imagining as a writer.

What Excites Me the Most in Comics

Putting pencil to paper is where it all begins for me. Ever since the day I discovered The Watchmen, I’ve been burning with a desire to visualize and create not only superheroes but losers, slackers, lowlifes, as well as ordinary people and animals, real and imagininary. Give me a story I can get behind, and I’ll use my pen to create and protect the world that comic authors visualize.

My gods are Jack Kirby, Dave Gibbons, Brian Bolland, Steve Ditko, Dave Gibbons, Steve Dillon…that’s a lot of gods, but then there are such a number of gods in the world of comic artistry. And I haven’t even started on the contemporary graphic novel artists.

I’ve collected plenty of influences and inspirations over the years, and my work pays tribute to the artists that have come and gone even as I come up with new ways of doing things. This is what I believe comics must do – carry the past and look to the future.

The comic industry is exciting right now. There is new art and comics coming in from around the world. New media is creating new opportunities. It’s easier than ever before to visualize stories into art, and push the boundaries that have been expanding for ages.