Guide to Unsung Comic Book Authors and Their Works

01 Aug Guide to Unsung Comic Book Authors and Their Works

There are blockbuster comics that see so many re-re-re- releases that it’s impossible to keep track of them (and frankly, stay interested: I’m looking at you, Spider-bland).

And then there are comics and authors that are criminally underrated and fly under the radar. Some of them are indie writers. Others have been doing brilliant work for a long time, quietly, and with their equally quiet and loyal fan following.

If there’s one thing that the Internet has done, I think, it’s to give lots of talented people a chance to share their creative work.

Some of it is of very high quality. But a lot of the stuff that I enjoy reading and get inspired by is the stuff that doesn’t get “memed”, shared, and turned into movies too often.

Here’s my list of some unsung authors I think deserve to be read more (there are plenty more, of course). Feel free to add to it or disagree. 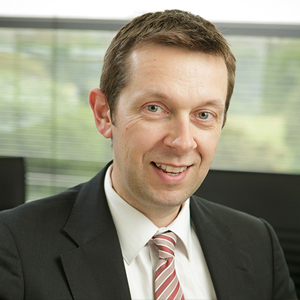 “You might say that Peter Bragge of Neat Stuff and Hate fame is hardly unsung.”

You might say that Peter Bragge of Neat Stuff and Hate fame is hardly unsung, compared to other comic authors. He’s received several awards, including two Harvey Awards in 1991. He’s drawn for DC and Marvel, and for Dark Horse on the mini series Apocalypse Nerd. But the print issues of his Incorrigible Hulk are limited. His works on Amazon seem to have single-digit readers. There’s also no one talking about his tongue-in-cheek black comedies and wildly fantastic artwork succinctly capturing the lives of slackers and adolescents in the eighties and the nineties.

Irish writer Garth Ennis penned the Preacher series and Steve Dillon illustrated it with brilliant, humorously visualized characters that literally leap off the page. Most people know Jesse Custer, Cassidy and Tulip O’Hare through the TV series. But the comics haven’t really reached the readership that they deserve, in my opinion.

Garth Ennis has also spoken about how superheroes make it hard for him to make a living.

Check out Preacher. The comic is a gem of modern, subversive storytelling, and it’s not for the faint-hearted.

Marjorie Liu is an attorney and the author of Marvel comics like Dark Wolverine, X-23 and other X-Men comics, where she has often dealt very well with subjects like LGBT issues. Sana Takeda is a Tokyo artist who has collaborated with Liu in a stunning steampunk series called Monstress under Image Comics. The series is set in Asia, and features a teenage girl with a magical connection with a monster, coping with war. The artwork of Sana Takeda is rich, atmospheric and often chilling. While the fantasy genre is not something that I enjoy as a rule, I do think the artwork of Ms Takeda (who also worked on several Marvel comics earlier) deserves more notice, as does Marjorie Liu’s sensitive portrayal of issues like slavery, war and racism. Monstress’s place in Amazon’s bestselling comics of 2016 may just give the duo that notice.

Eliza Frye’s original comic art and visual narratives is inspired by design, in works like Death Came for the Small Children and Regalia. Frye manages to awe with her visceral artwork and stories that punch you in the gut when you least expect it. She deserves more recognition than the Kickstarter campaign that she successfully funded her work with.

She also helps other indie artists with advice on self-marketing their work.

Perhaps it’s too early to call Frye unsung, but she has definitely flown under the radar of many comic book readers. 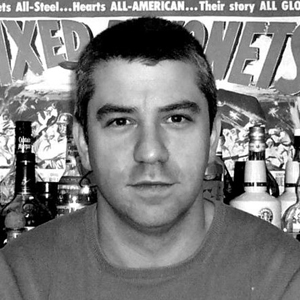 I believe no one writes about America’s underbelly and losers quite like David Lapham does. He writes a violet and dark genre of crime fiction that is realist and visceral in its unshrinking exploration of the disturbing effects of the characters’ hard lives. He is known best for Stray Bullets, the originals of which are an expert blend of ultra-gritty noir, absurd humor and emotionally engaging stories and characters. I believe the author deserves greater recognition than he has received, as one of the important writers in his genre; especially in his recently revived Stray Bullets installment with Image Comics, called Sunshine and Roses, which has sadly been under-appreciated despite being plenty of good, old-fashioned violent fun.