Comic Books that Helped Me Change My Life

01 Nov Comic Books that Helped Me Change My Life

Growing up in the nineties, I read everything I could get my hands on. If there were pictures in it, all the better. Black and white, color “it didn’t matter. I would sit for hours and pore over the lines of cartoons in newspapers and on milk cartons. I’d follow the lines closely until I could see them separately from the whole picture. It’s possible that I had already decided to become a comic artist when I picked up my first copy of Teenage Mutant Ninja Turtles borrowed from a friend. But at this point, I was still only a reader. 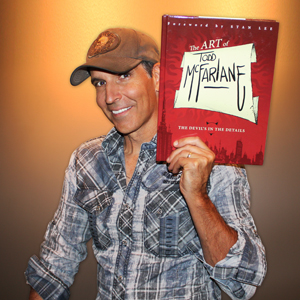 From the Ninja Turtles, I moved on to staying up late and secretly watching Spawn on HBO with a pillow over my face for the gory scenes (which I ended up watching of course). When I was old enough to understand them, I read comics and was blown away by Todd MacFarlane’s fantastic villains and heroes.

Of course, I read everything I could lay my hands on from DC and Marvel. I probably created some forgettable superheroes myself, that I’d rather not think about.

The first moment that actually made me sit up and think Ah, this is what I want to create was when I came across a copy of Watchmen. I remember standing at a storefront on my way back from the comic store, waiting for the rain to stop as I read the first few pages.

It was not only the dark superhero story that I was drawn to (the plot was the least interesting thing about the comic, when I had read the entire collection). I’d never seen anything like the kind of detailed world-building that happens in Watchmen.

Of course, a lot of comics afterwards have done better with the techniques and style of Watchmen. But this book stands out as the one that taught me how to use dramatic structure. I enjoyed how Alan Moore threw me into the action straight away. As I was reading, I realized that by page 8 I had settled into the world of Watchmen and its narrative. And I realized that I had done this unconsciously, helped along by the two detectives and Rorschach’s illegal investigation.

These acted as exposition. The story was moving along like a novel, but it was doing so visually, almost like the movies. 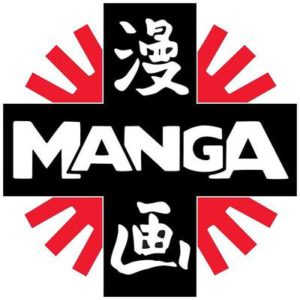 “I discovered translations of Japanese manga like Katsuhiro Otomo’s Akira.”

The Discovery of Manga

Much later, before graphic novels became big again, I discovered translations of Japanese manga like Katsuhiro Otomo’s Akira. Here was post-apocalyptic science fiction, something I had barely come across in comics before. It was also in color. The story was on a large scale, and so were the number of characters. I remember feeling the sense of movement that I think the creator achieved so well. I also enjoyed the fact that the superpowers in the manga were not the only pins the plots hinged around, as was the case in many Western superhero comics at the time.

After Akira, I read Ghost in the Shell which was translated by Dark Horse. There was the appeal of the strong female lead, the detailed Sci-fi world that Shirow Masamune created, the complex philosophies and the really exciting ideas of cybercriminals and terrorists that were ahead of their time.

I’ve gone back to both of these works several times since, and I always find something new both in the artwork and in the storytelling.

Other Comic Books That Inspired Me

Meanwhile, I was also reading more traditional comics that were hardly traditional in theme, like Art Spiegelman’s Maus. I remember thinking about Maus, looking at the cover art, that this was probably going to be a case of pointless transformations of humans to mice for the sake of novelty. But reading the comic end to end in one sitting completely wiped that thought out of my mind.

I was also reading what you’d call “horror” comics, like Neil Gaiman’s The Sandman.

The artwork in the series was stunning, of course. But the way Neil Gaiman tells a story is rich and full of themes that made me go back again and again to re-read.

The Preacher is another comic that has strongly influenced my own comics. A few other authors and artists that I wish I had more access to include the Japanese cartoonists Yoshiharu Tsuge and his brother Tadao Tsuge. The works of the former, like his famous Screw Style and Red Flowers are bizarre, surreal and they calmly punch you in the gut before you know what’s coming.

Tadao Tsuge’s Trash Market is funny, finely drawn, straightforward and gritty tale of lowlife in a Japan recovering from war.

These are some of the comic books that have changed my life, in the sense that they have influenced my work and largely, who I am as an artist. Maybe you’ll find as much pleasure in browsing some of these old and international works as I did.