The Cons of Comic Cons

13 Oct The Cons of Comic Cons

Ten or more years ago, comic cons were geeky paradises, where you rubbed elbows with others like you who genuinely cared about the art, craft and storytelling of comics. Of course, there were only two types of comics then “the Old and the New. Small crowds would brave the summer heat and hard wooden floors just to listen to  one of the Lone Ranger artists, Tom Gill, talk about how to draw for comics. 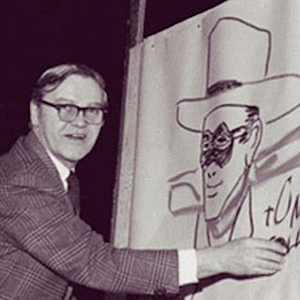 “One of the Lone Ranger artists, Tom Gill.”

Many comic book creators from that generation look back fondly on those times. There’s a certain rosy tint of nostalgia over them, because things were just starting to get heated up in how comics were sold. But people also talk about how Hollywood had not yet taken over comic cons.

Today, comic cons are more about video games and huge films, and the media celebrities who are going to show up. This has pushed costs way up. For a new author to fly to San Diego and buy a booth to showcase their stuff could cost no less than $6000. Then there’s the insane process of getting in.

If you do get a booth, you’ll find the place is overrun by thousands of “potential readers”. If it’s your first time, you’ll be really excited. You’ve already got people back home excited about your comics. By the end of the convention you’re bound to have sold at least a few dozens of the pieces you’ve brought along, right?

Well, some people barely sell one or two. There’s a reason why people offer advice on how to sell and not give away things at comic cons.

Throughout the day, streams of superhero clones will pass you by, who are really here for the giant movie with the booth across from you. They may stop and pick up some of your work.

That is, if you’ve promoted yourself the right way: catered to your white male audience, female audience; engaged with passersby by commenting on their cosplay outfits (yeah, you need to be gratuitous), brought along popular characters and original art if you’re an artist, and have also brought freebies like customized mousepads and messenger bags. 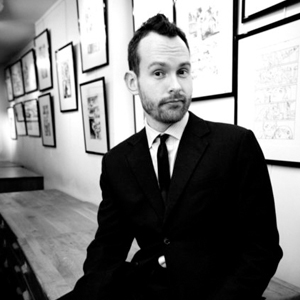 “Ben Templesmith of 30 Days of Night.”

Be Prepared to Sell Your Soul

Now I’m probably exaggerating, but if you think having to “sell” your work of art like a car salesman is demeaning, you’ll have a hard time at comic cons. Comics are very popular today. But they’ve become a part of pop culture, and all that comes with mass popularization. You win some, you lose some.

And no convention is safe. Since 2016, even Seattle’s Emerald City Comic Con has been taken over by people who run the huge spectacle of the New York Comic Con or the Star Wars celebration. These conventions are really going to be little good if what you’re looking for is an exciting, geeky convention where people only come to read, breathe, speak, eat and buy comics. It’s no wonder that artist Ben Templesmith of 30 Days of Night got tired and created his own convention in a bar.

But You Can’t Ignore Them

But no matter what I say about conventions to its face and behind its back, if you’re just starting out in the comics publishing business, you cannot give it a miss every year and sleep soundly at night. You’ll need to go there and find the right people, the people who are crazy about comics and can afford to get into the conventions.

Just like we’re frenetically hitting those notification posts at the bottom of the page every day for fear of missing out, you can’t miss out on the potential opportunities that a comic con could hold for an independent publisher, author, artist or small press.

After all, as someone said about the San Diego comic con, “it’s Mecca.”